The History of Pull Woods 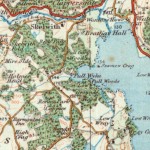 Curlew Close is one of the cottages in the grounds of what was originally ‘Pull Wood House’, built in 1891 for the Crossley family as their Lake District summer residence and considered by some to have been the inspiration for ‘Beckfoot’ in Arthur Ransome’s Swallows and Amazons series created in the 1930’s.

During the Second World War the house was used as a preparatory school for boys (renamed Huyton Hill), and continued as such until its closure in 1969. It was re-opened as holiday flats in 1971 and continued to operate until the late ’90s before being acquired and renovated by Pullwood Bay Estates in 2002.

More information on the history of the estate can be found here, and if you’re a Swallows and Amazons fan then you’ll also find the results of some interesting detective work here.